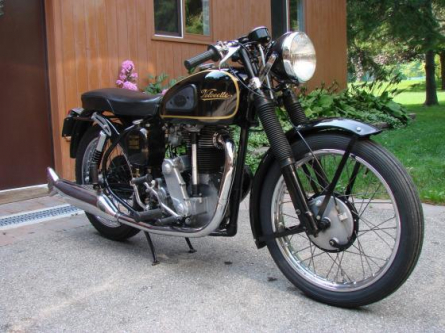 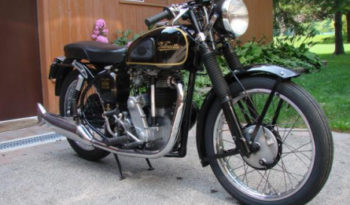 The marriage of a KSS motor with the more current MAC rolling chassis was a fairly common practice that resulted in a far better platform for the OHC KSS motor. Classic Motorcycle & Mechanics tested one in July â€™92 and came away impressed with the combo. This example (â€™39 KSS motor # KSS9121 and â€™54 MAC chassis # RS7479) was built by a Velo expert in the Florida area during â€™91 and â€™92 and I acquiredit in 2004. Rode it occasionally over the next few years and decomissioned it for display in my climate controlled collection in 2008. I consider the machine to be a fine example with no mechanical issues..